Just thought I’d remind those POLPs getting ready for Kindergarten enrollment for next year— start preparing NOW for school.

Whether it’s IEPs or 504’s that you will need for next year, you should meet with the staff and/or administration now to handle the accessibility and inclusion issues. It can take a while for everything to be set in place for your child. As an LP POLP, who is highly organized and diligent about getting everything ready for school for my child, it still took the school 9 months to get everything in place. And I met with every person from the teacher to the principal, to the director of special education, and the ADA committee building compliance person. Yes, there can be such bureaucracy. Every single month, I reviewed things with them. But, things get in the way like budget cuts, communication breakdown, red tape, etc.

If you can help speed things up with the process: 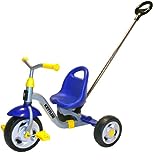 The Kettler Bikes are cool because they are sturdy and adjustable. We found that you can even cut the tubing a bit and drill another hole or two into the seat adjustment to fit an LP.

The is great too because it has this lean-and-steer mechanism that helps kids steer it easier. The scooter is super light and easy to carry. We bought our son a helmet even though he only travels 20 feet a minute. It helps the school administration know he’s safe. END_OF_DOCUMENT_TOKEN_TO_BE_REPLACED

No. There is no special store for dwarf clothes or shoes. And most of us cannot afford fully custom tailored items. But, be glad that we really WEAR our shoes and clothes for a long time versus those sprouting AH kids! Some things to remember when purchasing clothes for most LPs:

You know, talking about things LP kids can’t do versus shouldn’t reminds me of a recent conversation. A mom at an LPA regional cornered me recently to challenge what I contributed in a POLP workshop. She had a 6 1/2 yr. old achon daughter and had never heard of the Health Supervision Guidelines for Achondroplasia.

This 30 yr. study of 100 achondroplastic dwarfs was completely foreign to her yet she was active in LPA and lived in one of the most active districts in the organization.

END_OF_DOCUMENT_TOKEN_TO_BE_REPLACED

I’m a strong believer in experiencing everything in life first hand, which includes our dwarfism. Speaking from one adult LP who faced shyness as a child, get him plugged into LPA events, beyond national and regional conferences. One needs to be surrounded by this community in order to experience it. Your child will see, his/her story is not the only one. And the others with the same story of “wishing” to be average height have stories of strength and amazing self-confidence that got them to NOT consider ELL (Extended Limb Lengthening) or the Ilizarov method.

Whether that be through religion or self-actualization or just getting involved in ANYTHING, they learned to overcome their physical and emotional limitations and live life to the fullest as people of short-stature. END_OF_DOCUMENT_TOKEN_TO_BE_REPLACED

I can totally understand a parent’s frustration when your 1 year old child, not only cannot walk yet, but also grunts and doesn’t speak a word other than “Da-Da”. But remember, it is amazing when they actually do speak beyond the grunts and you can sit and watch the development. Dwarfs in general have low muscle tone.

Achons have issues with coordinating breathing due to our facial structure. In addition, we can develop speech delays from constant fluid build up in the ears. Some kids get ear infections often from this fluid build up. My LP son had constant fluid build up from an early age, but never had an ear infection. I, on the other hand, had ear infections all the time. Our son has had three sets of tubes put in to help alleviate the fluid build up. The first two sets were the old-fashioned grommets/PE tubes. The third set are T-tubes, which stay in for a couple of years as opposed to less than a year for the grommets. Grommets lasted less than 9 months before one of them fell out. The tell tail sign was when his speech would get worse or he would talk as if we were deaf or hard of hearing.

After the second pair fell out in 6 months, our ENT doctor suggested the T-tubes. We were hesitant at first because the T-tubes leave a larger hole than the grommets. With the larger hole, leaves a possibility of scar tissue or the hole not closing. From what our doctor said, the chance of the hole not closing and having to surgically close it is 15%. We went back and forth for weeks as to what we should do. We didn’t want him to have to go through getting grommets every year, but we didn’t want the chance of him having scar tissue. In the end, we felt it would be better for our son to get the T-tubes so that he wouldn’t have to undergo surgeries every year. Also, we didn’t want him to lose more time with constant speech delays and hearing issues at a critical age. He was in kindergarten and he was already falling behind due to his hearing and vision.

From our son’s delays as an infant, I learned a lot from his loving speech therapists through the Early Intervention (EI) program. It also helped that we have the financial means to try different products. However, none of these broke the bank or require a loan to get the progress you want to see.